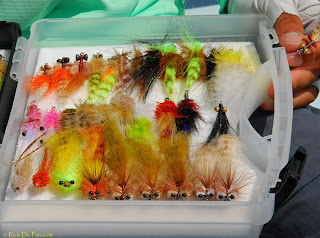 Looking for some of the best saltwater patterns out there, checkout Fy Fish Saltwaters website and database

I don't do much salt water Fly Fishing, but by what I see, most of those flies would be GREAT for our Salmon in the Rivers here in BC, Canada.