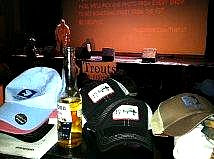 Another great night out with friend's at the Oriental Theatre in Denver. The occasion...none other the F3T FLy Fishing Film Tour viewing. We got there early and it paid off, the reason being this place get's packed early. Nothing better than getting a seat up front and beers before the masses show up.

One great thing about attending this amazing show every year is not only that you get to be entertained by some of the tip fly fishing videographers in the business but also mucho goodies being thrown our way. All in all Dave and I took home 6 fly fishing caps, a few Saltwater Koozies from Trout's fly shop -thanks Gracie, and a Redfishing shirt from Costa! Not too shabby

Congrats to the makers of these fine films again and also nice TU commercial created by our fishing pal Nick from Reel Escape Films. Can't wait to see what's in store next!

Top Fly Fishing Films
REVERB
by: Third Year Fly Fisher
SIPPING DRY
by: Sharptail Media
FLY a LEGACY
by: Ronnie B Goodwin
Doc Of The Drakes
by: Bryan Huskey
Hatch
by: Gin Clear Media
Clearly B.C. - Fall Bullies
by: Todd Moen
The Kodiak Project
by: LDR Media
Geofish: A Mayan Prophecy
by: MOTIV
THE ARCTIC
by: Beattie Outdoor Productions
Right On It
by: The Get Lost Project

Southern Culture on The Fly #2

Bringing out some of the best fishing in the South is S.C.O.F with another fantastic issue. They are back again with not only impressive fishing pics but also some choice destinations I need to get back and visit again. Well done guys!!

State of Montana Moves To Regulate Madison River Use 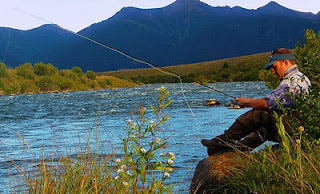 The Madison River — the most heavily fished stream in Montana — probably will be administered differently as Fish, Wildlife and Parks begins work to develop a recreation management plan.

"It's an effort to be proactive," said Charlie Sperry, a recreation management specialist for FWP.
The Madison is formed at the junction of the Firehole and Gibbon rivers in Yellowstone National Park. From there, it fills Hebgen and Ennis reservoirs before continuing on to near Three Forks, where it joins the Jefferson and Gallatin rivers to create the Missouri.

The Madison caters to a variety of users. It has long been prized as a trout fishery, especially by fly anglers, on the upper end. Below Ennis Dam, the Beartrap Canyon section of the stream is known for its whitewater rafting. Just downstream, flotillas of inner-tubers are a common sight on hot summer days.

"Sipping Dry" trailer - by Sharptail Media Fly Fishing Movie, The Countdown To Summer is On!

What an incredible year again out on the water with friends and some Amazing trips! Whether it was Costa Rica last Spring, 3 trips to the Gunnison region, Steamboat, Clearwater Florida, Wyoming and the Pan..boy what a year!

Every Year I head to Alaska and Yellowstone for some Fall action, this year I was too distracted by what Colorado had to offer. Now that yours truly got engaged, I may have to double up on my fish weekends before the big day arrives.

The International Fly Fishing Film Night IF4 in Denver Was a Hit! 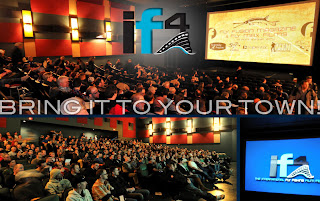 I had a great time catching up with friends Friday night at the Denver Fly Fishing Film Night after the Fly Fishing Show. Not only did I get to catch up with Ben Furimsky before the show to get an update on this Years show and crowd but also Marc Crapo. Many know Marc as one of the crazy characters in this years hit movies and my personal favorite "The Costa Rica Challenge"!

The Funny part is was that I stayed in the exact same place in Costa Rica as these guys did as well as used the same Guide, so lot's of Costa Rica fishing to talk about. Thanks for catching up on Sat again while waiting to talk to Jeff Currier, I will definitely watch the video you gave me and keep in touch!!

Tarpon vs. Beard Costa Rica Challenge 2011 from N.S.A. on Vimeo.

Incredible movies showcased this year and I can definitely say these movies far surpased my expectations and can't wait to buy a few of these!

Denver's Fly Fishing Show and The ISE Show is Back! 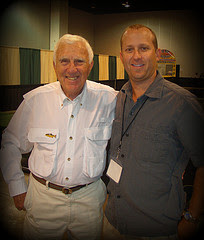 It's that time of year again to hit one of the best Fly Fishing Shows around this weekend. What makes this such an interesting weekend is that both shows are the same weekend once again! Not too thrilled at the ISE for hosting once again the same time the Fly Fishing show has been scheduling for over a decade.

Which show is for you? I'll let you decide which show fits you but the Fly Fishing show is where I will be. Whether it's because I'm friends with Ben Furimsky (his father started this great show), TAK or Jeff Currier could be why I am a fan or it could be due to the fact that this is an amazing show.

Welcome to their eleventh Denver Fly Fishing Show. The first weekend in the year has always been a must-time for your annual visit to their show. And you won’t be disappointed. You get an early look at all the new rods, reels, gear, clothing, books and DVD’s and a chance to treat yourself to some special show deals. Maybe it’s time for that exotic fly-fishing trip you’ve been thinking about. You’ll find the lodges and booking agents, and be able to attend one of our Destination Theater talks designed to make your own trip decision the best choice for you.

Each of the five ISE shows display from 300 to more than 600 leading resorts and lodges, outdoor-product manufacturers, boat dealers, regional and specialty retailers, hunting and fishing guides and outfitters, national and local conservation organizations, state and federal government agencies, and nonprofit groups.