Sacramento County - It was a desperate move to save precious lives - an evacuation of thousands of tiny fish from a state hatchery where they would have surely perished in water that was too warm, all because of the California drought.

On Wednesday, state Department of Fish and Wildlife workers netted the last of the 430,000 steelhead trout fingerlings from the Nimbus Fish Hatchery, trucked them to a boat launch about five minutes away and released them into the American River.

Nobody knows whether the 3-inch-long fish will survive, but they're expected to have a better chance than they would have had if they had been left in the hatchery tanks, which are filled with reservoir water piped in from the Folsom Dam.

The problem is that, due to the California drought, the Folsom reservoir is only 52 percent of capacity and the sizzling Central Valley temperatures are expected to heat the water to 78 degrees by August, a temperature that would have meant certain death for the young fish.

"That's too hot for steelhead. We expect they will have a better chance in the river" where they might be able to find cold pools of water, said Gary Novak, the Nimbus Hatchery manager. "The situation is pretty severe. I have to get rid of all my fish and then hope it rains next year."

The Nimbus Hatchery is one of 22 breeding facilities run by the state that supply most of the salmonids left in the ocean along the Central Coast. These hatcheries raise 30 million to 40 million fish annually and plant them in rivers and streams. The state's hatcheries were established decades ago primarily as mitigation for dam building, and experts say there would hardly be any salmonids at all swimming in the rivers if not for the breeding program. 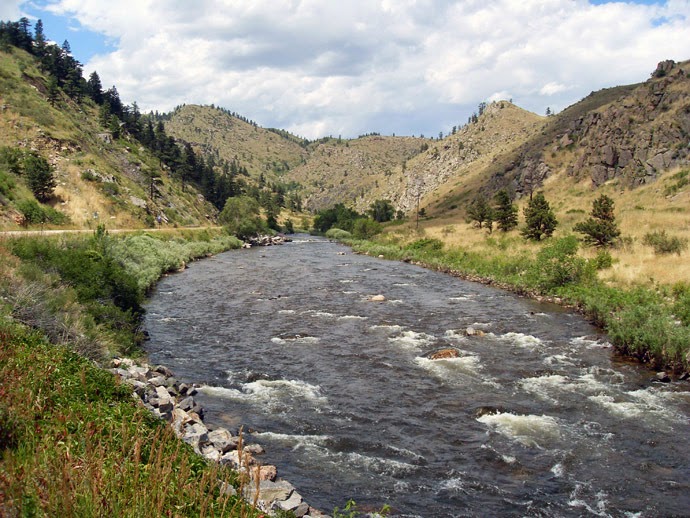 Vegetation was covered by an oil slick a quarter-mile downstream, but authorities claim “no drinking water intakes have been affected.”

Spring floods caved in the riverbank with a sat storage tank containing 178 barrels (roughly 7,500 gallons or over 28 tons) of crude oil. As a result the tank dropped from its foundation and broke a discharge valve, so all of the oil inside just flowed out right into the river, polluting the water and vegetation several hundred meters downstream.