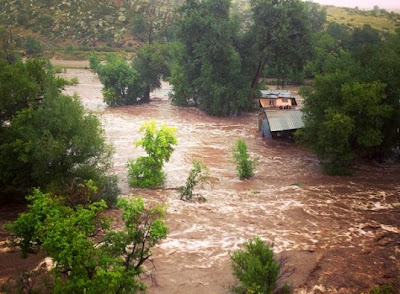 The number of gallons of oil that spilled into Colorado's rivers and their immediate surroundings due to the massive flooding has reached 37,000. There have been 11 oil spills from wells, which belong to companies such as Noble Energy and Andarko Petroleum Corp. While the narrative presented by the Colorado energy sector has been optimistic, locals are telling a different story filled with instances of heavy contamination and the need to address climate change seriously and immediately.

Flooding has triggered the oil spills that have now made their way into Colorado rivers. However, lost in the barrage of statistics are the more personal stories of Colorado residents' firsthand accounts of the damage. The Denver Post interviewed Mike Turner, a local farmer who ignored evacuation orders to look after his land. Turner watched as flood waters inundated an oil drilling operation on his property, and witnessed the crude leak.

While the degree to which the floods themselves can be explained by climate change is debatable, there is a sentiment that the global trend of climate change plays a part in this story. Climate Central has referred to Colorado as state that could experience the extreme effects of climate change due to its location on the dividing line between regions that will experience intense flooding and intense drought. The state has experienced such floods as well as fires in the past. And if those reports are to be believed, crude oil drilling and the hydraulic fracturing process (fracking) cannot be helping

Anglo American Bails on Pebble Mine 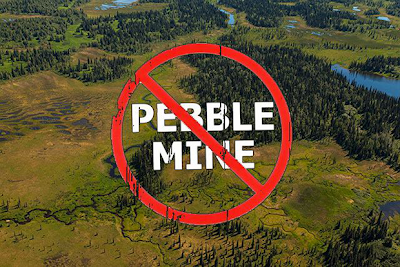 Anglo American has just announced they are divorcing Northern Dynasty in their partnership to develop the Pebble mine.

Posted by Troutdawg at 9:56 PM No comments:
Email ThisBlogThis!Share to TwitterShare to FacebookShare to Pinterest
Labels: fly fishing alaska, pebble mine alaska