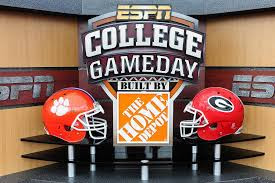 Georgia raises the curtain on another season, the 120th in Bulldog history, on Saturday. Georgia's all-time record in season openers is
90-26-3. The Bulldogs have won 14 of their past 16 season openers including 10-2 under coach Mark Richt. Georgia is 1-2 when starting on the road with both losses coming to top-10 ranked opponents.

The season-opening defeats came to ninth-ranked Oklahoma State in Stillwater in 2009 and to fifth-ranked Boise State at the 2010
Chick-fil-A Kickoff game in Atlanta. Saturday marks the 63rd meeting (41-17-4) with Clemson, including a 2-0 mark under Richt. ESPN GameDay will be present for the Bulldogs' opener in Clemson.


The Saturday, August 31, football game between Georgia and Clemson in Clemson, S.C., will be televised by ABC TV with kickoff set for
8:00 p.m. ET.

This will mark Georgia's 73rd appearance all time on ABC. The Bulldogs own a record of 44-26-2 when playing on ABC. 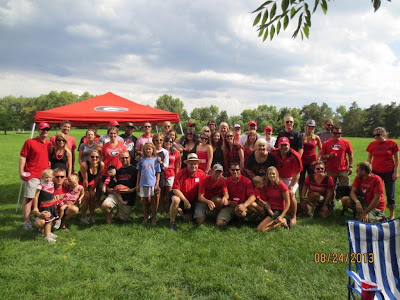 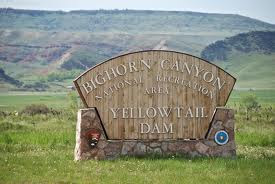 
While fall has officially arrived, it certainly doesn’t feel like it out there yet with temp’s in the 80′s today. The river is in the best shape for fall the we have seen in a few years. The emergence of insects have been particularly strong for this stage of the season. If the weather stays consistent we should expect more of the same strong hatches of tricos and pseudos.

The nymph fishing should remain good with small sowbugs, Size 20 & 22 mayfly nymph imitations along with midge pupa. Look for the browns and rainbows to become more aggressive each day towards well fished streamer imitations.

Flowing through the Bighorn Mountains and miles of limestone formations, the Bighorn boasts an incredible insect population which allows and incredible 7,000 trout per river mile to flourish. The Bighorn is a very consistent fishery as a result of the moderating effects that the Yellowtail Dam has on water temperature and flow. High or low water may affect your fishing techniques but not the quality of the fishing.

September is our favorite time on the "Horn" with spectacular hatches of Tricos bringing almost every fish to the surface...and talk about exciting! You haven't lived until you have hooked a 20" trout on 6x tippet with a #18 dry fly. Excellent fishing to the Trico hatch lasts most of the morning with strong caddis hatches going well into the evening. It is an unbelievable sight to see hundreds of feeding fish throughout your three days of floating.

Most of the land surrounding the Bighorn is owned by the Crow Indian Tribe so foot access is limited so the best way to fishing it is by drift boat. Your trip includes five days of floating with local Bighorn guides. All flies on your float trips are supplied and included. We can prepare fly selections in case you would like to be sure that you have the necessities. A small fly shop is located at the cabins for any last minute purchases. Guide Gratuities are not included in the package price. 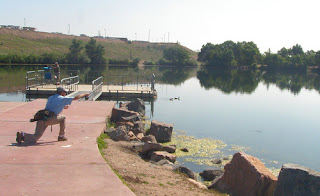 The Denver Carp Slam is back and better than ever this year!

The Denver Trout Unlimited Chapter is hard at work again putting together, not only an amazing event, but something that can benefit the South Platte River system for years and years.

What does the Carp Slam Event promote?
Actually, the Denver Chapter of Trout Unlimited has been working with the South Suburban Parks and Recreation District for over several years studying how the Carson Nature Center’s reach of the South Platte can be enhanced to support a better native fish population, recreational fishery and riparian habitat. In 2011 the city of Littleton and the board of South Suburban Parks and Recreation approved the design and funded the first phase of restoration which is slated to begin in 2012. Denver Trout Unlimited has committed $10,000, raised primarily through the Carp Slam, to the project and has leveraged that money into a Fishing is Fun grant of $80,000.