too many pictures too little time

FFA 6 Years in Review, February 2008 is when it all began
Fly Fish Addiction is Not Going Anywhere Anytime Soon! Thanks for being a part of FFA these past 6+ years we couldn't have done it without the support of all our fishing pals.

The pictures, stories and many more memories to come. Now that life has gotten busier and busier with a little kid, fast pace Sales job and family time. Some of you may have to remind me that life needs to slow down a it and fishing needs no backseat to this true Fly Fishing addict!

"The solution to any problem -- work, love, money, whatever -- is to go fishing, and the worse the problem, the longer the trip should be." --John Gierach

FFA's Mantra
Flyfishaddiction is for people like you. People who would rather fish than eat, sleep or work. Who would brave rain, snow and 100% humidity to chase that elusive fish! One thing is certain, either your boss, girlfriend or wife has had to deal with your addiction so what better place to spend your time when not on the water than on our website. From trout fishing in the Rocky Mountains, Silver Salmon in Alaska, or Bonefish in the Bahamas, there is always another fish to chase.

Top Fly Fishing Photography, Showcasing The Most Talented Phtographers Out There 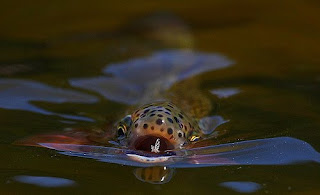 Okay the first question is where to begin? Yeah I hear ya there is so much good stuff out there it's a tough call on where to start so I'll try. If you know of any new and upcoming talented photographers send them my way and I'll do my best to list them amongst my other favorites.

Everyone knows about Brian O'keefe the master traveler and photographer, he always kids me about showing up when he's here in Denver, I just say I'm waiting to carry his bags on his next trip and hope to catch another beer with him! He's the creator of Catch Magazine and much more here. Then there's R. Valentine Atkinson...enough said! That guy has the most impressive shots I have ever seen and marvel and his years in the industry. Can't wait to see him again in January and ask where his next big adventure will be.

I'll be talking about others known, and many new artist that are up and coming such as Tosh Brown whose Tarpon picture below takes me back to the Keys every time I see it. Tosh has been featured in many magazines with even a popular Tarpon cover for the Drake also.

Another photographer here in Colorado that has been making his way in the industry for a number of years is Jason Jagger. The picture you see above has been one of my favorites since it came out and I can't believe the patience and skill needed to take such an incredible shot like that. He has so many sweet shots you definitely need to check out his site.

Jan Bach Kritensen is another featured artist we're listing here this week. With so many experienced photographers out there, Jan absolutely has something for everyone and from the travel pictures listed on his site, I can almost guarantee you'll enjoy his work!

*All pictures are copyrighted and are restricted from use without permission 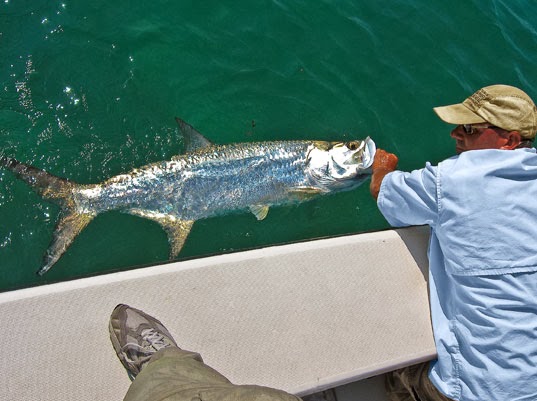 A Snowbirds delight. Cool days are in the upper sixties (day time highs average mid 70’s) and night time lows rarely reach the fifties. Cloudless skies and north winds are the norm. The fishing most days does not revolve around the “glamour” species. Think lots of shots, lots of fish and plenty of fun.

Keys: During these months, the cold fronts that push their way through the Keys often provide numerous opportunities to catch barracuda and jacks. Permit are also generally active especially during the warm-up following cold fronts. A couple of warm, calm days can certainly bring large tarpon into backcountry basins where they will “lay up” soaking up the rays of the sun. Bonefish provide action on warm days. Cobia are also an occasional target as they follow stingrays and sharks onto the flats.
Everglades: This can be a great time to fish the waters of Florida Bay. Redfish and Snook are often active except on the very coldest of days. The Bay can also produce some very good early season tarpon fishing.

Blue skies, warming water and hungry fish. Some years it’s warmer and others a bit cool, but the fish always feel the change. Everything seems to come alive – it’s spring.

Keys: This is often a wonderful time to fish the Keys as cold fronts began to loose their severity. The permit fishing is at its peak, until the fish move offshore to spawn in the first half of April. This can also be some of the best tarpon fishing of the year, especially for truly large resident fish many larger than 100lbs. Bonefish are also a target, although they often take a back seat to the permit and tarpon.
Everglades: Redfish and snook are excellent targets in Florida Bay. Tarpon also make a strong showing during this time of the year as the weather moderates and spring takes hold. Some of the earliest tarpon will make their appearance here in some of the many secluded basins.

Link to Key West on The Fly Site


Chasing Big Bull Redfish in the wintertime down South is what it's all about. Sit back relax and enjoy some great Redfishing with Capt Doug. I know I can't wait to get back down that way again soon! 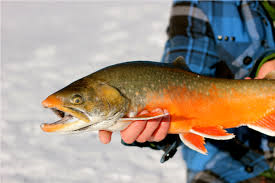 While scientists may be hesitant to credit Colorado's freshwater shrimp population, Mysis diluviana, with anything resembling genuine intellect, there's no denying that the tiny crustaceans originally introduced to fatten up fish have an aptitude for survival. Meanwhile, it's the trout and salmon they were supposed to feed that are suffering.

"Mysis are really cold-adapted. They prefer temperatures below 50 degrees," said Brett Johnson, a fisheries biology professor at Colorado State University's Warner College of Natural Resources. "The original idea when they were stocked in Dillon Reservoir was to enhance fish growth, but they are actually competing with fish for food by coming to the surface at night as a strategy to avoid predation.