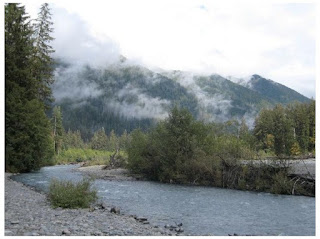 The River and It's Life Video

This is not a fly fishing video. Its rather a tribute to the trout and the wonderful world they live in, illustrated here by a crystal clear mountain river full of life. Sometimes we head up to these waters and just observes what's going on. At times like these we leave the trout alone and do not fish them. Please don't forget to enjoy the magic in these waters. Just relax, listen, observe and enjoy LIFE. 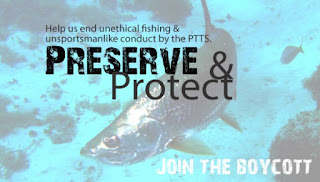 For the past month or so, Save The Tarpon has been profiling companies that have attached their brand to the controversial Professional Tarpon Tournament Series. It’s an awareness campaign. Our members and supporters, more than 12,000 of them, have responded by contacting PTTS sponsors through Facebook, email and by phone.

Two companies have been profiled to date. Both have discontinued their sponsorship of the event. More PTTS sponsors will be profiled in the coming weeks and months. This is in addition to our ongoing boycott effort. And yes, you are on the list.

PTTS sponsors who have reached out to us have been largely unaware that they’ve been promoting this event. Others viewed the PTTS as “just another fishing show.” Many have since taken a closer look. It’s fair to say they aren’t happy about what they’ve seen and what they’ve learned. 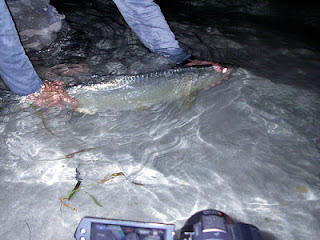 A great Boca Grande Tarpon night I had a few years ago
Save The Tarpon has made education a priority since its formation in June, 2012. We have targeted our message of conservation, preservation and respect for the tarpon fishery to the public, anglers, sportsmen, politicians and, of course, the corporate community. Our “Do The WRITE Thing” effort was designed to help spread this message to companies like yours which, we truly believe, made a well-intentioned but poorly vetted sponsorship decision.

When Save The Tarpon was launched this past summer – and yes, our organization is less than a year old – overtures were made to the principals of the PTTS. We asked the tournament to consider ending the practice we call “gaff and drag” and follow the lead of similar events by adopting a true catch and release format that research has shown dramatically increases survival. We asked the PTTS to crack down on the reckless boat handling methods of its participants, what the PTTS proudly touts as “organized chaos.” We asked the PTTS to take measures to assure the fishing public would once again have unfettered access to Boca Grande Pass at all times.

The PTTS refused. “Refused” is a polite way of describing the tournament’s response. Back then, Save The Tarpon boasted fewer than 100 members and supporters. The PTTS, on the other hand, boasted corporate backing from some of the biggest players on the planet. The combined clout of companies much like yours allowed PTTS television host Joe Mercurio, speaking on your behalf, to go on the record and publicly state “we’ll stop when someone tells us to stop.” 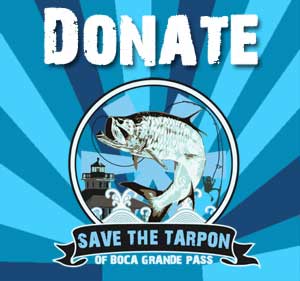 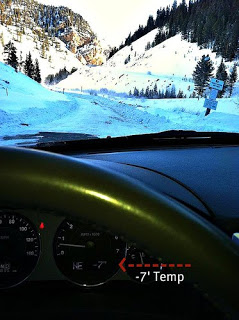 Bring On The Cold

It's winter time in Colorado and Cabin fever is creeping up slowly in the Duggan house. I love to fish year round and there is something to be said about not having to worry about the crowds when it's dumping 6" of snow! Where is everyone at? Probably enjoying a warm couch or like many of my frineds, hitting thr ski slopes. 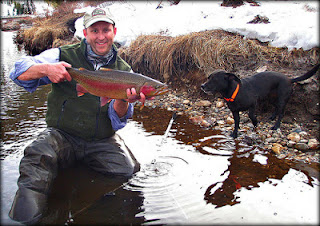 I myself find it so amazing to hit the Rivers during winter or snow season. To have the River all to oneself when most of the year is spent hiding from other anglers, this is a true treat for me. 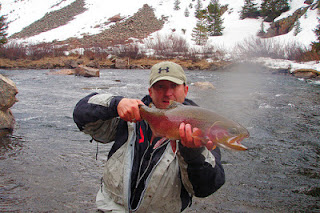 Now with a new Baby around, Troutdawg's Winter fishing will mostly be made up of fly fishing shows on TV and perhaps a quick trip down to the South Platte. The countdown is on till I hit some favorite Winter Tailwaters of mine again.

Turks and Caicos Saltwater Fly Fishing at It's Best!

The Way of the River: My Journey of Fishing, Forgiveness and Spiritual Recovery 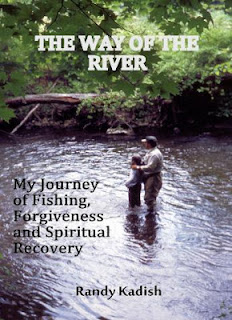 A Fishing Book Worth Reading On All Levels


I recently got a new book to read lately and all I can say is that I wish I had a few more like these on my bookshelf! I enjoyed this book very much and it must run in the family. My Dad was in town and he swiped it from me since he was so intrigued by it. Looks like I may have to find another copy since Pops now keeps it in his fishing library!

The Way of the River is a collection of memoirs and autobiographical stories that reflect Randy Kadish’s long journey of fly fishing and spiritual recovery. The journey, often difficult, often gratifying, began when he finally admitted to himself that he couldn’t communicate, and that his life had become unmanageable. Then, after he asked for help, he looked back into his life and relived the deep pain and loss that began during his very traumatic childhood. To soothe himself with the beauty of the outdoors, he turned to fishing. As he struggled to come to terms with his past, and then with the loss of his parents, he wrote about his journey of recovery, especially of how he was made better by many of the people he met along the way, like Carlos, an immigrant and bait fisherman who seemingly appeared out of nowhere, and then helped Randy see people in a
more sympathetic light.

Finally, after an unexpected crisis, he found a surprising way to forgive and to connect to the good in the world.

The fishing in this collection takes place in and near New York City, including the East and Hudson Rivers, the streams of Westchester, and the lakes of Central and Prospect Parks.

About the Author
He is a native New Yorker. After a good deal of disappointment, he gave up writing. Then his mother passed away, and he found that fishing helped ease his grief. Almost accidently, he wrote and sold a fishing article. Afterwards, his articles and memoirs appeared in many publications, including The Flyfisher, Flyfishing & Tying Journal and Yale Anglers' Journal.

Much of his writing is about how the challenges of fishing and the beauty of the outdoors helped him come to terms with loss and with a world he can't always understand. In a sense, his writing is autobiographical, as it reflects his own gratifying, but at times, difficult journey of emotional and spiritual recovery.


More about this book or to order a copy Here

Posted by Troutdawg at 1:00 AM No comments:
Email ThisBlogThis!Share to TwitterShare to FacebookShare to Pinterest
Newer Posts Older Posts Home
Subscribe to: Posts (Atom)