Searching: 3 Days in Tarpon Season, Chasing Tarpon On a Fly in The Florida Keys


Searching: 3 Days in Tarpon Season from Catch 1 Films on Vimeo.


Join Nathaniel Linville and Capt. John O'Hearn for 3 days of tarpon fishing in the lower Keys! Tis the Season to get after some Tarpon in the Florida Keys. Wish I was down that way chasing a few and admiring thousands of Tarpon schooled up! 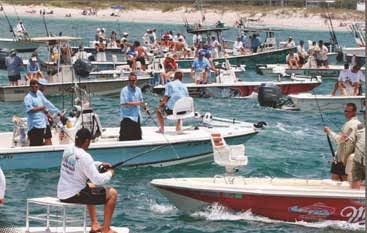 
When the Florida Fish and Wildlife Conservation Commission decided last year to ban the use of a popular type of fishing tackle for pursuing tarpon in Southwest Florida’s Boca Grande Pass, many thought that would be the end of the zany reality show/fishing contest known as the Professional Tarpon Tournament Series.

The FWC decided that the “Boca Grande jig” — where the weighted part of the lure hangs below a circle hook — effectively snagged tarpon in the face and body instead of enticing them to strike, and outlawed its use in the Pass. The decision was hailed by a grassroots organization called Save the Tarpon, which had waged boisterous on-water protests and a tireless social-media campaign against the PTTS. Several South Florida guides got involved because many tarpon caught and released in Southwest Florida are recaptured later in Southeast Florida and the Keys.

The tournament reacted by filing suit in Charlotte County Circuit Court against Save the Tarpon, accusing the group of defamation and costing the televised contest some major sponsors. The suit is pending.

This article was originally published in the Sunday, April 13, 2014 edition of the Miami Herald. 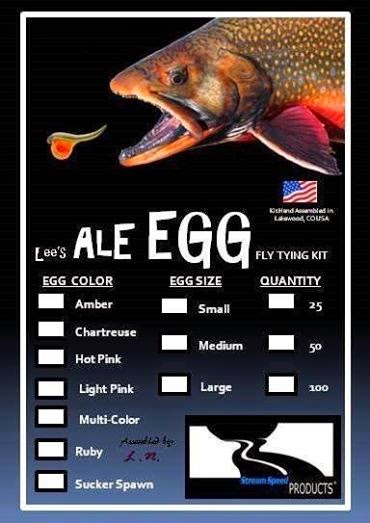 Fishing egg patterns is a highly productive way to catch trout, yet it draws some criticism. As far as this writer is concerned, fly fishing is all about matching the hatch and if eggs are in the water and fish are keying in on them, then by all means, throw an egg pattern and enjoy the quick results. Should you have access to a tying vise and imagination like Lee Novotny of Lakewood, Colorado, you can create an egg pattern of your own. Lee has just gone commercial with his, details below!