Denver Carp Slam Recap...A Night Out on The South Platte 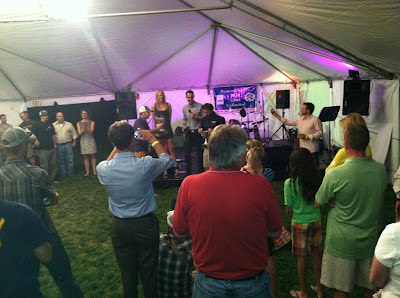 A Night on The Platte

The 2nd Annual Evening on the South Platte was a blast for all those that were able to make it this year. New Belgium beer, Gauchezco Argentinean wine and heavy hors d’oeuvres was included as was an enetertaining band. There also was a great silent auction that followed the awards ceremony if you were lucky enough to bid on some sweet Fly Fishing merchandise.

This is an amazing cause for an amazing waterway here in the Front Range Area. Props go out to the Denver Trout Unlimited again for all of their help. Thanks again to my Pal Corey (Denver TU Pres), Clem for organizing this Night out and all of the Board members for putting this event together. Can't wait to see what next year will bring!

Posted by Troutdawg at 12:41 AM No comments:
Email ThisBlogThis!Share to TwitterShare to FacebookShare to Pinterest

What to do when my close buddy moves back to Colorado from Minnesota and is a Stillwater addict? Head to South Park and enjoy a nice day out on the water. Brian and I have spent a number of years fishing many favorite Colorado stillwaters and glad to have him back here again to fish this Fall season.

We got lucky and not only enjoyed a day without wind -well till 1pm that is, but also got to enjoy a nice feeding period where a number of breaks off and broken rod was in order.

Didn't take Brian long before he was into a few fish and glad to pose for the camera a few times! 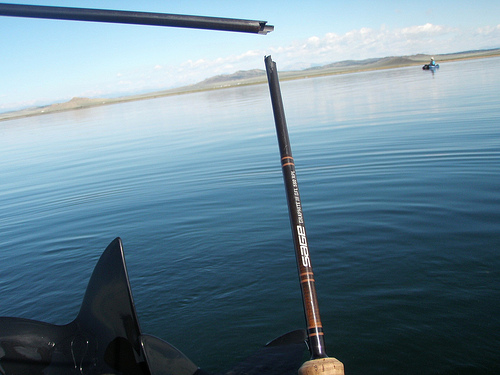 Time to bring bigger tackle, a nice hook up turned into too much force for my 5wt Sage and snap goes the weezle! 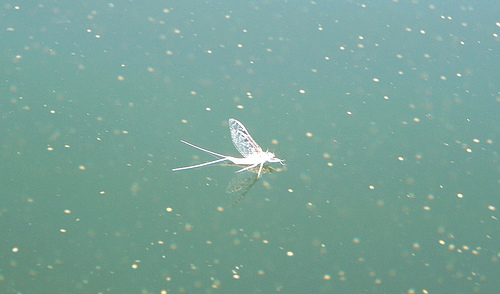 Plenty of bugs out this morning and Trout were on the feed for hours. Hares ear patterns and Seal buggers were the choice foods. 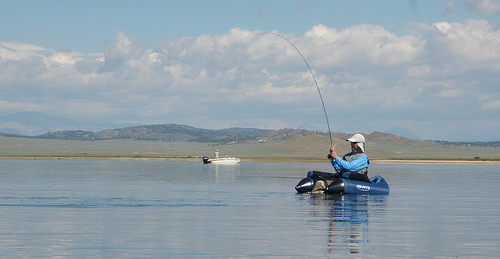 Fish on again, hey what about me? Tough to take pictures of my fish so I guess I'll take a few more of Brian again. 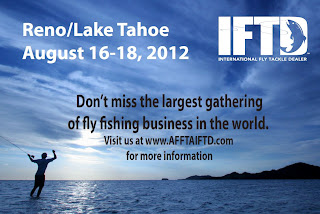 ■The International Fly Tackle Dealer show is the best time and venue to meet with the industry – the people, products, innovations, emerging trends and the leading brand presentations of the 2013 fly fishing season.

■See all the latest gear, equipment, waders, fly line, tippet and accessories for the 2013 season.

■Experience proven new ideas to grow your business and increase your customer base through educational sessions.

■Save thousands of dollars by benefitting from show discounts from all of the fly fishing manufacturers.

■Get new ideas and creative ways of growing your business by being at the center of the fly fishing industry –The 2012 International Fly Tackle Dealer show.

Reel Escape Films Are Back Again!

Nick is back again with another great video shot from a recent trip to New York chasing some Tuna.

This was shot one day 60 miles off Manhattan. The boat Manhattan Fly is owned and operated by Captain Chris Hessert, along with his mate Chris Clackner. They left Jersey City at 4am on a glassy Hudson River. After a couple hour boat ride on an also surprisingly smooth Atlantic ocean they trolled for tuna in the "Canyons" area. They were successful in hooking some nice Atlantic Bluefin tuna. They went 6 for 6 (five released one 35" kept) all on spreaders, trolled a fly on a 14 wt fly rod all day but no hits. 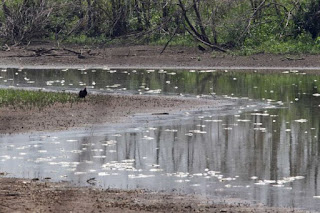 LINCOLN, Neb. (AP) — Thousands of fish are dying in the Midwest as the hot, dry summer dries up rivers and causes water temperatures to climb in some spots to nearly 100 degrees.

About 40,000 shovelnose sturgeon were killed in Iowa last week as water temperatures reached 97 degrees. Nebraska fishery officials said they've seen thousands of dead sturgeon, catfish, carp, and other species in the Lower Platte River, including the endangered pallid sturgeon. And biologists in Illinois said the hot weather has killed tens of thousands of large- and smallmouth bass and channel catfish and is threatening the population of the greater redhorse fish, a state-endangered species.

So many fish died in one Illinois lake that the carcasses clogged an intake screen near a power plant, lowering water levels to the point that the station had to shut down one of its generators. "It's something I've never seen in my career, and I've been here for more than 17 years," said Mark Flammang, a fisheries biologist with the Iowa Department of Natural Resources. "I think what we're mainly dealing with here are the extremely low flows and this unparalleled heat."

The fish are victims of one of the driest and warmest summers in history. The federal U.S. Drought Monitor shows nearly two-thirds of the lower 48 states are experiencing some form of drought, and the Department of Agriculture has declared more than half of the nation's counties — nearly 1,600 in 32 states — as natural disaster areas. More than 3,000 heat records were broken over the last month.