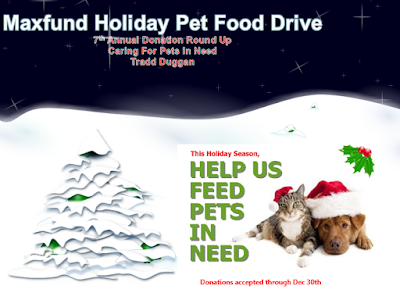 I wanted to let everyone know that I will be participating in my annual Holiday Maxfund Pet Food Drive again this year -7 years counting helping a local no-kill Pet shelter.

I will not bore you with my Pets are needy and every little bit helps speech because hey, it could be worse I could be asking you to donate to the Santa Clause alcohol recovery group. I would appreciate anything you might be able to contribute. I will be collecting items between now and De 30th to deliver to the Maxfund Animal Shelter.

Feel free to email me or click on my profile to find out my contact information and I will be happy to make arrangements for pick up. 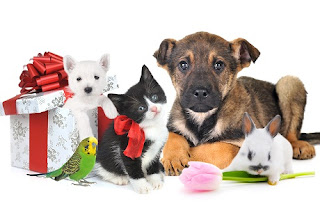 This was meant for anyone in the Colorado Region, if interested and live out of state feel free to let me know if you would like to contribute...all donations accepted!

If you are not able to drop off anything but feel like giving, here is a link:
https://www.maxfund.org/donation-page 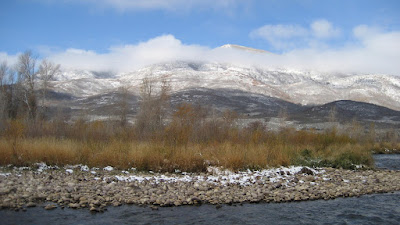 A state judge on Wednesday invalidated core provisions of a 2010 law that largely blocked anglers and other members of the recreating public from streams flowing over private ground.
HB141, “unfittingly” titled the Public Waters Access Act, violates Article XX of the Utah Constitution, which requires public lands — including the public’s easement to use rivers and streams — to be “held in trust for the people of the state,” 4th District Judge Derek Pullan ruled.

Al Hartmann photo | Salt Lake Tribune Ken Mahal, left, a fishing guide for Park City Outifitters, catches a Brown Trout in the chilly water of the Middle Provo River Monday just west of Heber City. His fly fishing client Kevin Foley from Minneapolis, MN lowers the net to get the prize. Fishermen were scarce on the river but the fishing was good.

“Every parcel of public land, every reach of public water, is unique. If Wasatch, Kodachrome Basin, and Snow Canyon State Parks were disposed of for reasons unrelated to their acquisition, the public’s right to recreate in other places would be of little consolation,” the judge wrote in a ruling that concludes five years of litigation in his Heber City and Provo courtrooms. “That individual citizens must bear the initial expense of the litigation adds insult to constitutional injury.”
The law closed 2,700 miles of fishable streams, even though many of those miles had benefited from habitat and stream bank restoration, flood abatement and other publicly funded projects, according to the Utah Stream Access Coalition, whose members pushed the legal challenge.

“This is a case where policy triumphed over profits; where law prevailed over lobbying,” said the group’s president, Kris Olson. “The rivers and streams of our state are gifts of providence, and the lifeblood of this arid land. Since before statehood, these rivers have been used by all, and we’re grateful the court prevented that use from becoming exclusive to a privileged few.”
The state is expected to appeal, but in the meantime, Wednesday’s ruling enjoins the state from enforcing the law.

“We are carefully reviewing the over-60-page decision to determine what, if any, next steps will be taken by our office,” said Camille Anderson, spokeswoman for the Utah Attorney General’s Office.