Teardown Deadbeat Dams Nationwide from Oregon-Washington to the East Coast!

Tearing down deadbeat dams is the subject of this Yvon Chouinard op-ed that appeared earlier this month in the NY Times.

VENTURA, Calif. — OF the more than 80,000 dams listed by the federal government, more than 26,000 pose high or significant safety hazards. Many no longer serve any real purpose. All have limited life spans. Only about 1,750 produce hydropower, according to the National Hydropower Association.

In many cases, the benefits that dams have historically provided — for water use, flood control and electricity — can now be met more effectively without continuing to choke entire watersheds. 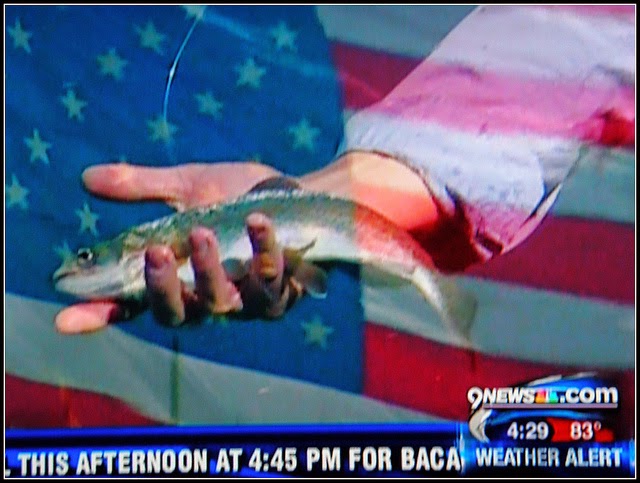 Say Thanks!
(pic above me on TV years ago with PHW)


While enjoying your holiday plans, please fly our flag, say thank you to a veteran and remind others, through your own personal reflection, what this day represents.

This year, as we commemorate our fallen heroes, our nation is struggling financially. More than a few patriotic displays and activities have been scaled back or even cancelled due to budget concerns. It's times like these when we must be proactive and personally show our pride for our nation, our service, and those who have made the ultimate sacrifice.

While enjoying your holiday plans, please fly our flag, say thank you to a veteran and remind others, through your own personal reflection, what this day represents. 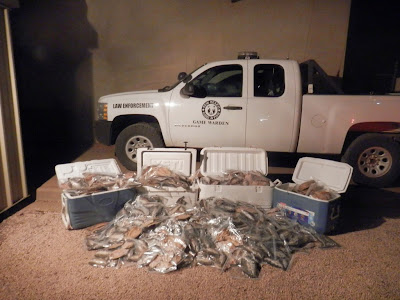 A poacher in New Mexico has taken illegal harvest to staggering new depths. After getting an anonymous tip, Department of Game and Fish Conservation Officers found more than 1,600 rainbow trout in the home of Bounchanh Bounsombath of Clovis, New Mexico. That’s more than 160 times the legal possession limit.

Bounsombath, 62, was arrested Monday, May 12, and admitted to catching all the fish at Green Acres Lake and Denis Chaves Pond in northwest Clovis.

“Never in my whole career have I encountered this before,” Col. Robert Griego said. “The extreme excess of this case is aggravating. The department stocks these fish for all sportsmen and women, young and old, with the desire that everyone will have the opportunity to enjoy the fish.”

Department hatchery workers released approximately 10,000 rainbow trout into Green Acres and Denis Chaves between November 2013 and March 2014. Licensed anglers may catch and keep up to five rainbow trout per day and may possess up to 10 rainbow trout at their residence.

Bounsombath was booked into the Curry County Detention Center with a bond set at $2,500. The department will seek $8,000 in civil restitution for the state to recover the loss of the trout.

Possible Birthday Gift? I could only be so lucky 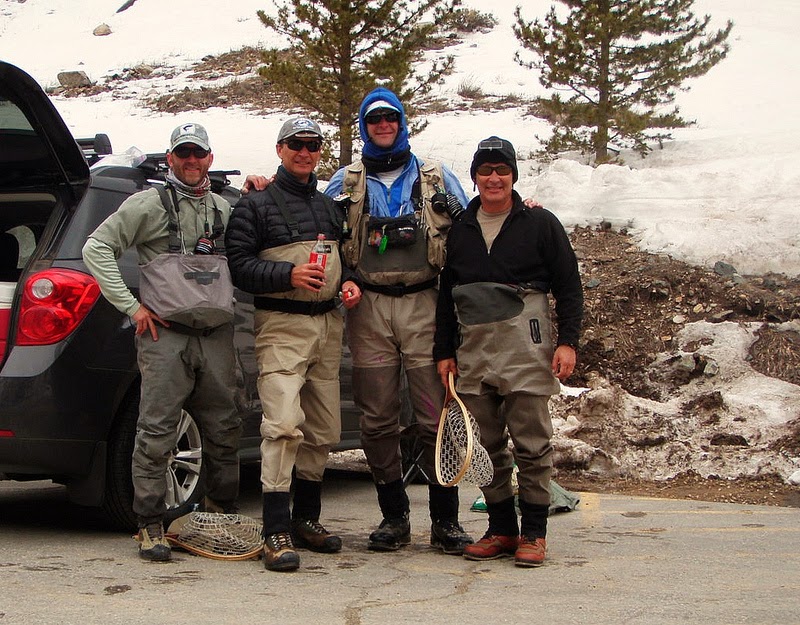 ﻿
The Boys Are Back Again!

It happened again, my lovely wife gave me another hall pass to head out for the weekend and have some fun with the boys.

Normally it's not a big deal but when you have a pregnant wife, getting a hall pass to get away while she handles thisg back home, is a nice treat! 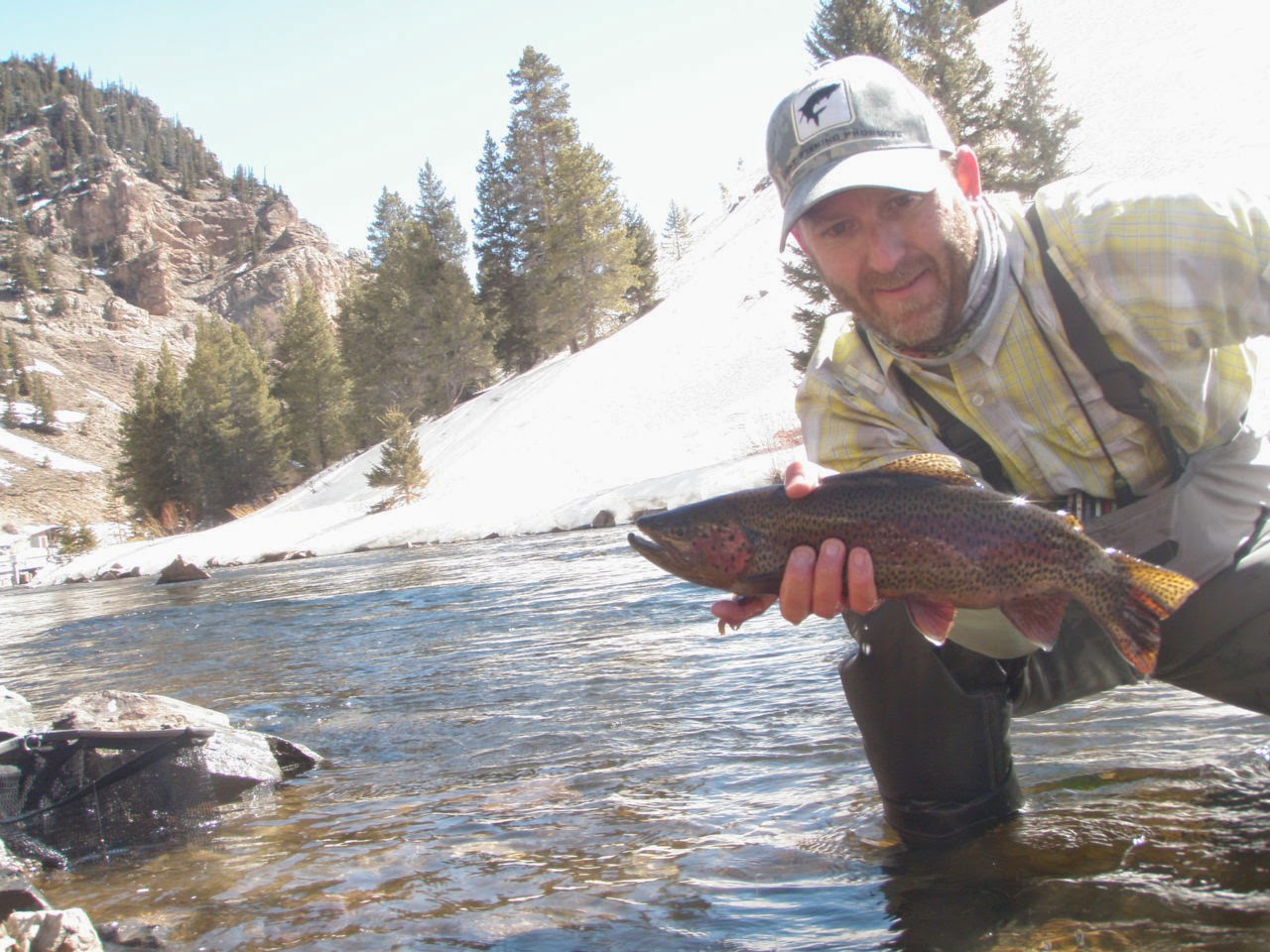 Speaking of treat, we were treated with nice weather, good hatches and lot's of fun. Luckily I was able to fish on Fri and Sat so crowds weren't too bad on a weekday. 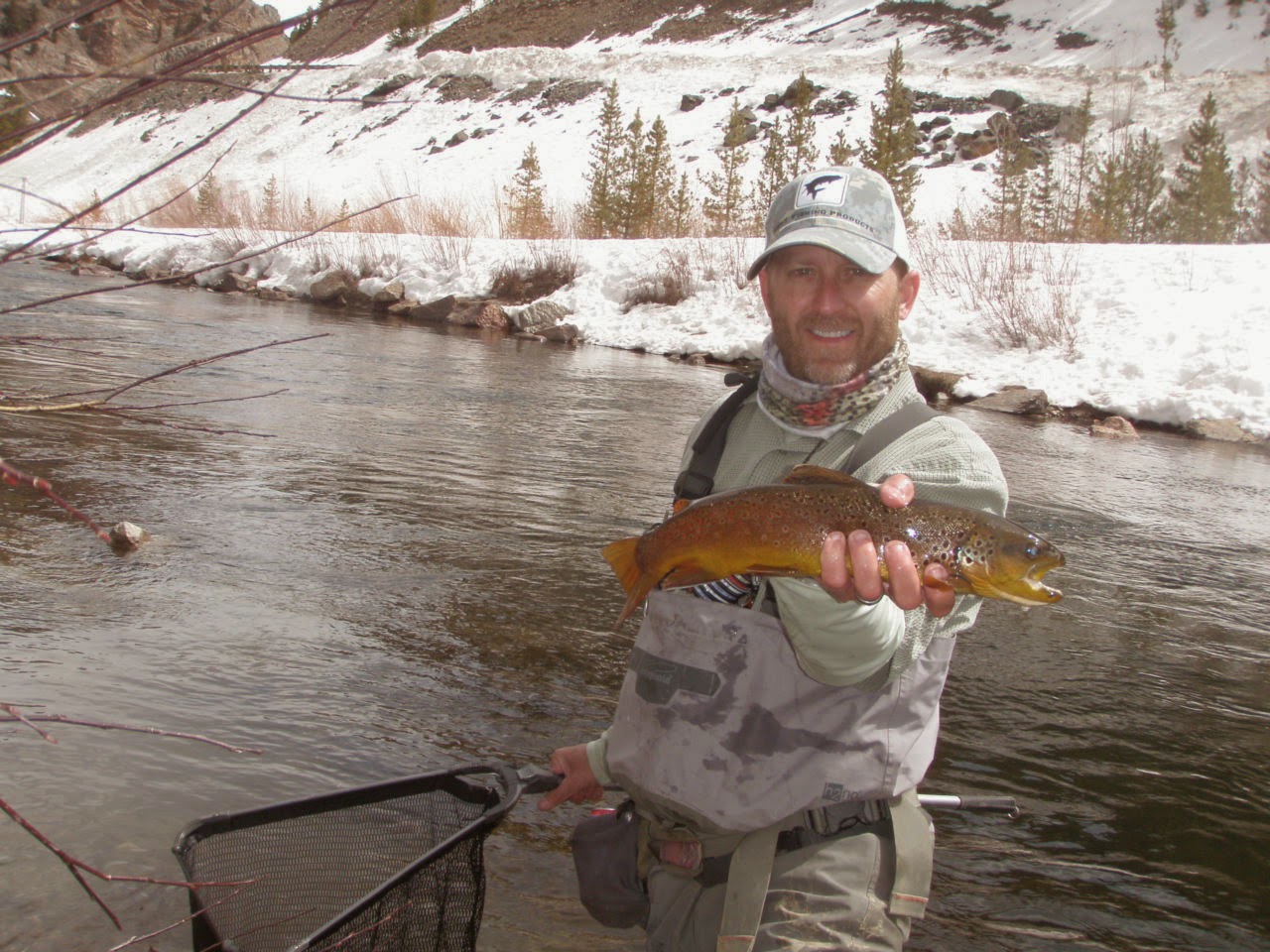 Everyone got into a few fish and I even managed to catch some decent browns mixed in with soem colorful bows this trip. 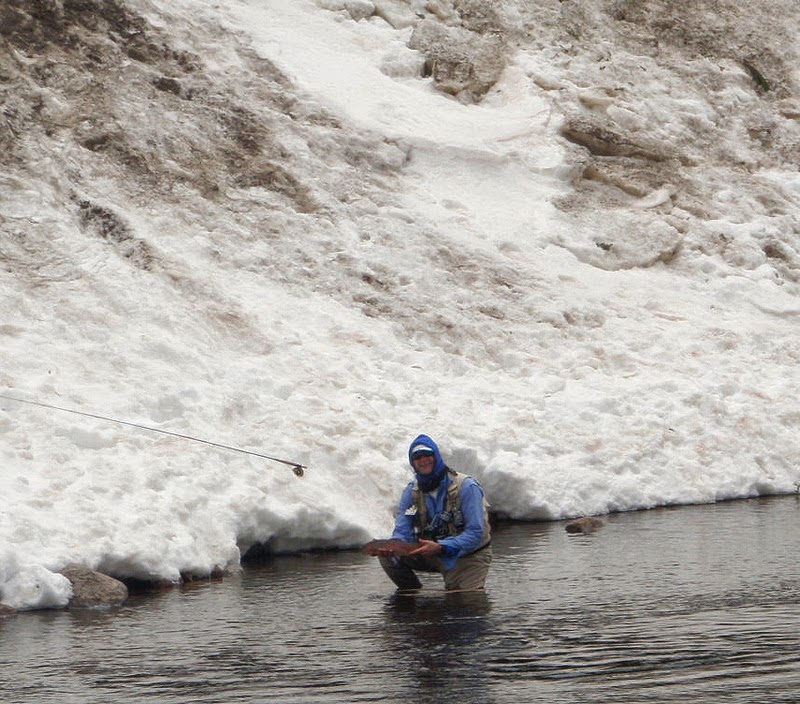 Rob managed some nice fish as well and despite the snowbanks (due to our 140% snowpack) he was able to scurry down to land this one.

Great trip with a bunch of good guys and can't wait to do it again when we hit the Lakes near Wyoming come June.