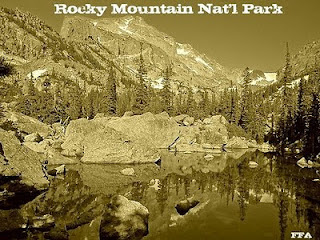 Head To The Hills

The roads are getting more crowded and so are the local trout streams, one thing comes to mind....It's Summer Fishing in Rocky Mountain National Park time again! Yes, there may still a few in the Park's waters, but if you know where to look you can escape the masses.

When the temps warm up and the lakes start to thaw out "pretty much right now" most in Colorado know that Greenbacks are on the bite! There are plenty of hot spots to fish in Colorado during the Summer and one of the main decisions to deal with is, where are the people not fishing and where can I fish that run off is not taking place? Good thing to know and especially how to deal with. With a little bit of research and some know how, a few locations in RMNP can provide you with all one needs to escape for that Rocky Mountain high adventure. 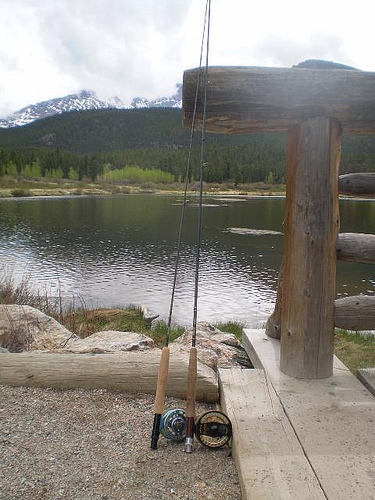 Populations of at least four trout species exist in the park - brown, brook, rainbow, and cutthroat. Some suckers also inhabit the streams and lakes. Only 48 of the 156 lakes in the park have reproducing populations of fish. Cold water temperatures and lack of spawning habitat prevent reproduction in high altitude lakes. Supplemental stocking is done only to restore native species to altered waters. Fishing success at high altitudes varies, even from waters known to contain fish. Restoration efforts have kept the possession limits to a minimum, and have resulted in increased trout populations in many areas within the park.

Everything you need to know about fishing RMNP you can find at some of out prior reports on fishing Rocky Mountain Park. Even though Summertime has some of the best dry fly action around, more crowds and warmer temps, Fall fishing in RMNP there can also prove successful so don't forget to come back again in a few months.