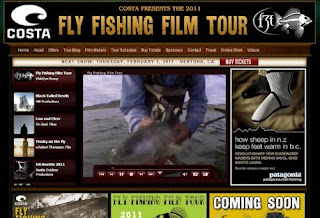 They are back and just in the nick of time! With winter here and Denver reaping the benefits of both record snowfall in the Mountains and 50' degree days intown, what more could one ask for. Well the best of the best are back to Denver February 12th "5pm/8pm showings" to showcase what we've been waiting for and who will be named the top fly fishing film out there. Can you really have just one winner in a fly fishing film tour? I think not, instead I just get the itch to see more Saltwater action, Steelhead locations and Cutthroat Trout videos again. After last years show, not sure if they can beat those Vids! 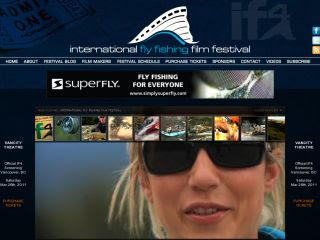 The International Fly Fishing Exposition (IF4) consists of short and feature length films produced by professional and amateur filmmakers from all corners of the globe, showcasing the passion, lifestyle and culture of fly fishing. From trophy browns in New Zealand to giant tarpon in the Atlantic Ocean, the variety of films at this event are sure to peak the interest of all anglers.

Each IF4 screening is over 2 hours long, and features over a dozen films. There are great door prizes and all viewers get a chance to vote for their favourite film! Don't miss IF4 at the 2011 venues. Click on the Independent Screening Handbook Icon located on this page and get the scoop on how you can bring IF4 to your town.
The fly fishing film event of the year is coming to your town so get on it son! Featuring never-before-seen content from the best filmmakers in the industry, this year's spectacle is going to be bigger and better than ever.

- Redfish in Louisiana from Waterline Media

- On the flats with 406 Productions

Check your local listings and get out to see the show!

That is a good price for what sounds like some great entertainment! I think Dustin and I will go ahead and make our first trip into Denver Feb 12.

It usually is a good time and plenty of entertainment to say the least. Let me know if you make it and we all can meet up for a drink

Will have to check to see if they make it to the Springs this year.

Not sure I know they do Boulder, Denver and possibly Crested Butte areas. Should be a good one though

Dustin and I are making this our Valentines Night Out. KU plays Monday, so no dinner plans! This seems like a great substitute. Hit me up via email and we can meet up for that drink
antlersandgills@gmail.com